With a look back at Eddie, I walked through the door Forks 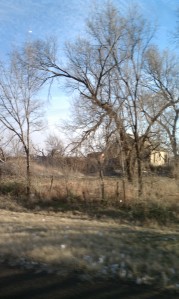 held open. He shoved it closed with a loud snap, leaving me feeling a little
less confident than I did in the main office. “I’m more of a hand-talker,
Forks, so if you could just remove-,”

“Shut up, Ellen Wiel.” The Sheriff slapped my file on his desktop, emphasizing his order. He shoved
a rolling chair my way, missing me by an inch or two.  “Sit down.” I stood still, gritting my teeth
and avoiding his rabid eyes. He closed the distance between us in a step,
grabbed my shoulders and shoved me hard into the chair. “In here, I’m the boss,
you little turd. When I say ‘Move’ you say ‘How far, SIR’,” he bent down to eye
level with me, “got that, missy?”

Holding my tongue between my teeth, I focused to the left of
him. Two long steps and he stood behind his desk, smoothed his shirt front and
sat down, rebar straight in his big leather chair.

“It’s Wiels,” I blinked and looked at the cord pull on his
window blinds.

His head twitched to the side, kind of like a buzzard does
taking stock of fresh road kill. “Excuse me?”
His voice was deadly calm.

He snorted and sat back then, “You been a thorn in my side
from day one, you know that Miss Wiels?” He emphasized the “s” on my name like
a hissing snake. I watched him fold his arms over his chest, studying me like I
was one of those speared frogs in sixth grade science class. “You know,” he
shifted, “I don’t like you much.”

Biting down on the insides of my mouth, I willed myself to
shut up. Couldn’t keep the spit from gathering in the back of my throat and cursed
my need to swallow. He focused on the bob in my throat and a slight smile
pulled the corner of his mouth.

“You go around this town like you own it,” the sneer cranked
from zero to sixty in his voice, “such big stuff when you’re showing off in
front of everyone. Bringing talk of drugs into my town. Breaking curfew. Back talking
your mama and daddy-,”

“That’s right – she’s your step-mother.”  He sat forward again, “That woman was good
enough to take you in, even though you’d been in all that trouble.”  He sat forward in his chair, his brow knit in
affected concern, “Juvenile detention, wasn’t it?” He flipped open the file, “That’s
what I figure. Oh, the records are sealed but anyone in law enforcement can
read between the lines, Ellen.” He directed a pitying look my way. “Truth is,
you ain’t wanted by no one, even your own kin, why I bet your mama kicked you
out and here you are causing a whole new mess of -,”

I shifted in my seat, “my mother didn’t kick me out.”

“-problems in a whole different home,” he went on like I
hadn’t spoken. “That’s pretty bad.  Mama
gives up on you, and daddy doesn’t know what to do with you.”

The tears stabbed at my lids and I blinked hard to stop
them. “I said,” I looked square at him this time, “my mother didn’t kick me
out.”

He shook his head, then removed his hat and wiped the sweat
off his forehead, “You can lie to everybody, but ain’t no one in this town
gonna believe you.”

I wanted to hit him. I wanted to knock him on the floor and
jump up and down on his chest and scream in his face. “I’m not lying.” I said it
loud enough but couldn’t keep the wobble out of my voice.

“How can you stand it,” he cocked his hat back away from his
eyes with the roughened tip of a forefinger, “how does it feel to know nobody
wants you around?” Shaking his head, he whistled lightly through his teeth,
“Shoot, if I had half the enemies you have around here, I’d wear body armor
twenty-four-seven.”

I looked up, right into his eyes. Cold and hard, the color
of a well-oiled gun barrel, they revealed things that made me squirm in my
seat. “Keep on, Forks.” My voice sounded dry and tight. “You and I both know
how this all started,” the slightest pinch around his eyes told me I got his
attention, “If you’d done the right thing-,”

He rolled his eyes, “Rich – you talking about the ‘right
thing.’”

“Rich coming out of YOU, a kid comes to you to report a
crime – an assault-” He stood so fast the words stopped up in my mouth.

“You think anyone would believe anything you say against me,
little girl?” Before I could duck, his hands shot out over the desk and he
lifted me up to dangling like a half stuffed rag doll over his desk. “There’s
no police report, Ms. Wiels,” his voice was low and quieter than the pulse
throbbing in my head, “no witnesses, and no corroborating evidence.” He shoved
forward and let go at the same time and I fell into a heap in the chair. “And
do you know why, Ms. Wiels?” At this he sat back in his chair and watched me from
behind his laid back, politician smile. “Because there was no crime.”

My whole body shook, quaking right through my core. “So you
say,” I forced the words through my chattering teeth,” but you and I both know
the truth.”

The man leaned over the desk, mouth drawn up in a poor imitation
of a smile, “I don’t give a sawdust fiddle what you think you know. You understand?”
He sucked at his teeth and sneered at me, “Think anyone gives a damn what you
think ‘round here? You think anyone would shed a tear if you vanished into thin
air?”

That Forks didn’t like me, I already knew.  That he might actually take steps to get rid
of me, never occurred to me before. I stared down, watching tears hit my lap,
leaving behind dark circles. I focused on the first one, then another. “Whatever
you say, Sheriff…”

“One of these days, Ellen Wiels, you will slip up, and make
no mistake,” he sat back, crossed his arms over his chest, “I will catch you.
And when I do, you are going away for a long, long time. Do you understand what
I’m saying to you?”

Blinking hard, I swiped my sleeve across my eyes. “Oh, yeah,”
I stood up and fixed my eyes on him, “I hear you. Can I go now?”

He raised his hand like a gun and pointed at me, “I’ll be
watching you, Ellen Wiels,” and he made a soft “pow!” sound like we were little
kids playing a cowboy shoot ‘em up game or something.

I walked out of that office feeling the bulls-eye on my
back.

“Hello, my name is JuliaDAlexander 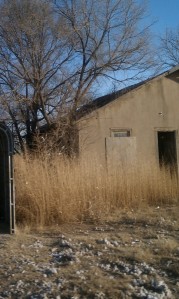 A lot of writers make the claim, “I’m a newbie” when talking
about Twitter and other social websites.  As a fellow “noob” I’m learning as I go and seeing
the proof of things I’ve picked up at conferences and writing blogs about
building your platform through social media. It’s exciting, frustrating and
illuminating.  Some of the stuff I’m
learning, I wish I’d known as the awkward junior high student I was a long time
ago in a galaxy far, far away.  I’m sure
I’d have been slightly less …awkward.

I read a great post (found through twitter from @JeffGoins) by
Emilie over at puttylike.com.  She
spotlights a story shared by a commenter on a previous post she’d written on
bullying. It’s a thorny subject to me, as I experienced (and , admittedly, dished
out) some of the same kind of pain in my day. Mike’s take on bullying – and he
learned it while he was still in school! – was so admirable, so enlightening, I’ve
got to share it. And I’d like to add a thought of my own, too.

Here’s the link: http://puttylike.com/fell-in-love-with-a-girl/.
Go, read it, then come back here. Go on. I’ll wait 😉

Okay. Wasn’t that a mature, uplifting way to look at the Beautiful
People in your school? Instead of envying the “haves,” Mike learned to find
specialness inside his own head and spirit. Instead of longing for a
relationship he couldn’t have, he built strong ones with people who shared his
interests and outlook. Instead of actively hating on someone who probably didn’t
even know his name, he let her go in peace and put his brain power to better,
more uplifting tasks.

Wish I’d have learned that when I was throwing daggers with
my eyes at all the people I IMAGINED were my enemies.

Here’s the thing, though – and while “Mike” alludes to this,
I’d like to emphasize it – not only may those who’ve endured suffering become the
deepest, most interesting people… some of the greatest works of art throughout
history came from these kinds of people.
Dig into the background of one of your favorite musicians, painters,
writers, etc. and chances are good you’ll discover a dark element to their
past. People who’ve suffered and grown through it have something to say. And
usually find some way to say it!

So, if you are one of those tortured, bruised and beaten
souls… First, make it through. Find someone to talk to. If you seek those who
love and care for you and then OPEN UP, you WILL make it, I can guarantee. Don’t
suffer in silence. People love you. You CAN do this.

Second, when you are in the right place, and you are strong
enough…  Write it. Paint it. Scream it
into the recording software you got for Christmas. Jam it on a guitar. Bang it
on a piano. But get it down, somehow.

Because someone somewhere needs YOUR ART to tell them, “You
are not alone.”